Aamir Khan Gets Kareena and Rani Together 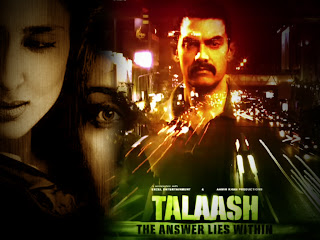 The music video which was recently shot for Talaash with Aamir Khan, Kareena Kapoor and Rani Mukherjee was actually Aamir Khan's idea.

Talaash is going to be the most awaited film as it is going to see Aamir on our theater screens after 3 years post 3 Idiots released. It also sees the comeback of the famous Aamir-Rani Ghulam pair which was an a huge hit with the masses. Similarly Aamir-Kareena pairing in 3 Idiots sent waves of appreciation amongst masses.