No Show Of 'Ek Tha Tiger' In Pakistan 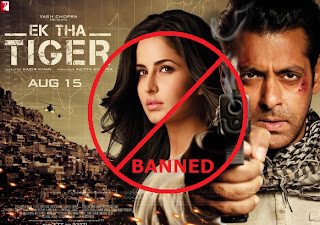 Media reporters said, Ek tha tiger has been banned by the Pakistan Censor Board because of its storyline which is about a Research & Analysis Wing (RAW) agent.

In a reply to a fan's questions, director Kabir Khan confirmed the news on Twitter: "True... @BeingTeJan: #EkThaTiger gets banned in Pakistan.It was abt peace & friendship between Indo-Pak."