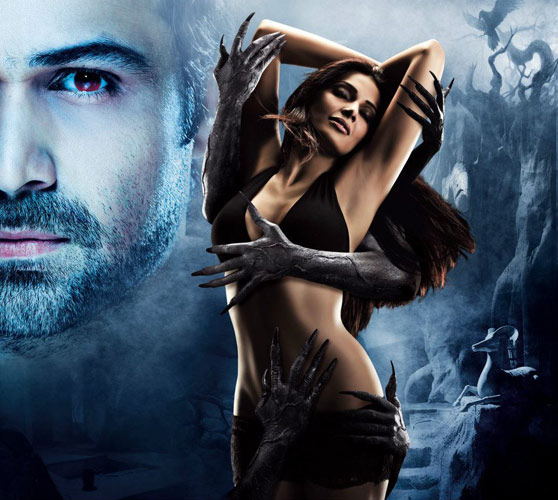 Raaz 3 is an upcoming Bollywood erotic horror thriller film directed by Vikram Bhatt, and produced by Mahesh Bhatt and Mukesh Bhatt.The film is a sequel to Raaz – The Mystery Continues (2009), which itself was a sequel to Raaz (2002), and features Emraan Hashmi reprising his role from the second film, and with a new addition to the cast, Esha Gupta. Bipasha Basu, who was a part of the first film of the Raaz series, has made a comeback to the series after opting out of the second film. Jacqueline Fernandez makes a special appearance in the film. Currently in the post-production stages, the film is expected to release on September 7, 2012. Although, the film was originally planned to release on 31 August 2012 alongside Barfi! and Joker, it was later delayed to avoid clashing with any other big film.