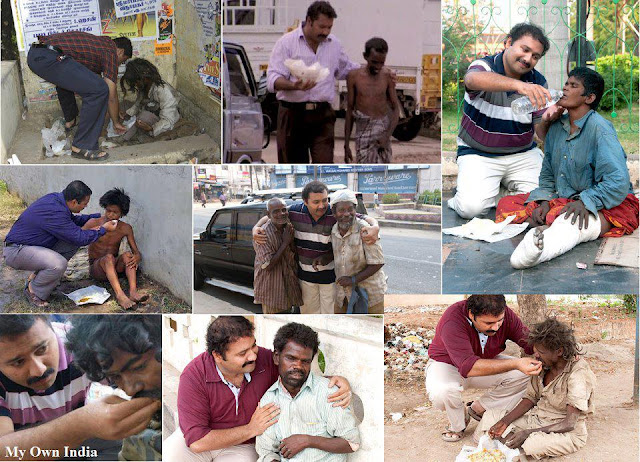 Here I'm sharing so touching article news.This article about Mr. Narayanan Krishnan, an Indian chef who was turned into a social worker.He quit his job & started giving meals to the homeless in Madurai, Tamil Nadu, India, beginning in 2002.

He founded his nonprofit Akshaya Trust in 2003, which helps to feed the homeless and mentally-disabled in Madurai, Tamil Nadu. He serves breakfast, lunch and dinner to 400 indigent and elderly people in Madurai.

During interview with him, he said, "I saw a very old man, literally eating his own human waste out of hunger. I went to the nearby hotel and asked them what was available. They had idli, which I bought and gave to the old man. Believe me, I had never seen a person eating so fast, ever. As he ate the food, his eyes were filled with tears. Those were the tears of happiness."