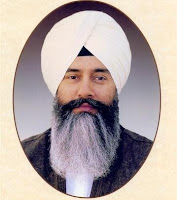 Speaking on his visit to Akal Takhat, Jathedar Giani Gurbachan Singh said, "His visit proves that he is not a guru, but the real guru is Guru Granth Sahib." He said a Sikh could never proclaim to be a guru and advised Baba Gurinder Singh to propagate Shabad Guru.Protected under Z-plus security cover Dhillon’s Golden Temple visit was kept highly secret. He was reportedly accompanied by three persons, including his security chief Sarabjit Singh Bedi and former superintendent of police Paramdeep Singh Teja.

Rumors are Baba Gurinder Singh paid obeisance at Golden Temple to earn goodwill and improve his image among Sikhs as a large number of them are followers of Beas dera.