Bollywood, Veena Malik
Monday, September 10, 2012
Bollywood actress Veena Malik becomes eyecandy of the world. Where ever she go her fame follows. She is currently in finland where she got a warm hearted welcome by their peoples. They organized a rock concert at Helsinki where Finland famous musician and songwriter Paleface has came especially for Veena and he said over the stage among one Lakh peoples that “Veena we salute your courage and Helsinki Loves you”.

Jubilant Veena said, “It’s a very great full moment for me that Paleface called me Courage on the stage among one lakh peoples. I would like to thank the peoples of Finland for loving me too much”.

Veena Currentaly in Finland to collaborate with the best known visual artist Vesa Kivinen. Together they will create five varied art pieces that focus into finding common ground and beauty over the usually promoted differences between the East and the West. 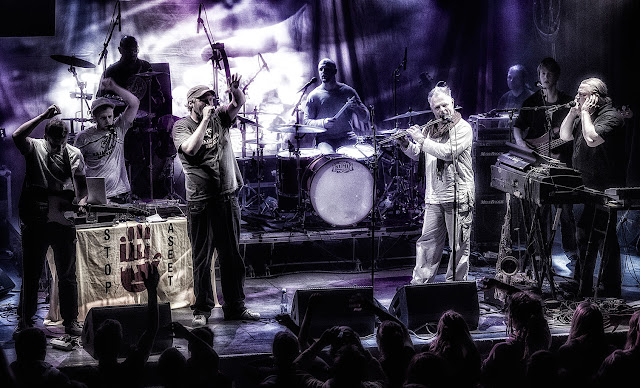