Pehchaan 3D Punjabi Movie 2013 released on 1st February 2013. The film is produced and directed by Manny Parmar who also happens to be one of the co-writers of Pehchaan 3D. Manny Parmar has earlier produced, written and directed a short English movie called “Cash on delivery”. 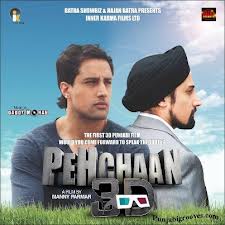