Bollywood, Events
Thursday, January 24, 2013
No Comments
Bollywood playback legend Asha Bhosle and cricket icon Sachin Tendulkar bonded big time while unveiling the music of film Mai, which marks Bhosle's debut as an actor. The 39-year-old cricketer, who shares a good rapport with Bhosle as well as her sister Lata Mangeshkar, was invited by the legendary singer to launch the music of her film. Bollywood Producer Rajeev Kashyap who was also present at the event said, “Everyone knows the kind of impact her music has on the audience. Her contribution to Indian music is immense. I have grown up listening to her”.

Tendulkar said that he is a big fan of the 79-year-old singer, who has tremendously contributed to the music industry. He asserted that he has grown up listening to Bhosle’s music and his favourite song is "In Aakhon Ki Masti may," which the singer sang for the cricketer and his wife on a recent occasion.

On the other hand, talking about the movie, Bhosle said that she was nervous and scared to watch the film with everybody, as she has done few albums and has worked for television a lot, but working in films is different for her.

Mai is about an aging mother and Bhosle feels the story is relevant in the current scenario. She has dedicated the film to her mother whom she considers her idol. The film also features Padmini Kolhapure and Ram Kapoor in prominent roles and is the debut directorial feature of Mahesh Kodiyal.The film is all set to hit the silver screen on 1st February. 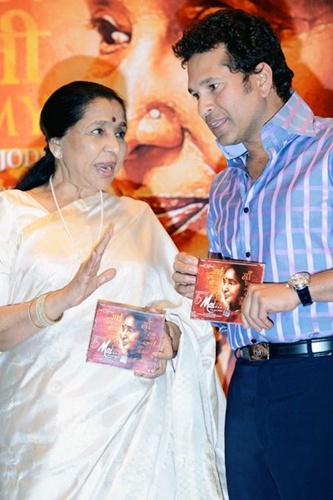 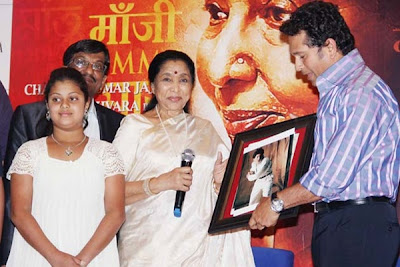 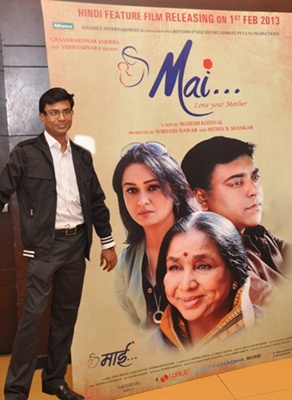 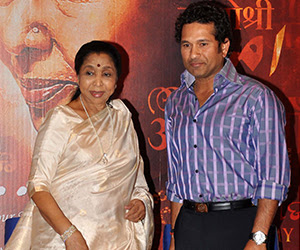