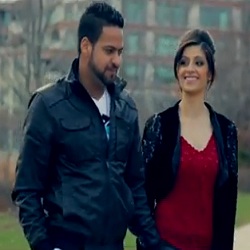 
Rabba Mereya will be released via Randy J Media, a new label start up to push undiscovered talent.

Romie was originally born and raised in India, where his passion for music and writing was nurtured. Now residing in Toronto, Romie is ready to take the next step and release his debut single "Rabba Mereya" fulfilling a dream of his to be able to release a song both written composed and sung by himself.

"Rabba Mereya" has been produced by the man of the moment Randy J. Randy is currently fresh off the release of his debut album "Notorious", which featured the smash hit singles "Notorious Jatt, Chori Chori, and Jadon Tera Lakk Hilda."

"Rabba Mereya" will be available to download via Itunes and all other leading digital distribution centers on January 13th, 2013.

The release of the single will also be accompanied by a video shot by Gurpreet Dhillion of Avex Studios.

For all Inquiries please email : minhasmanagement@gmail.com/randyjmedia@gmail.com