Bollywood
Friday, April 12, 2013
No Comments
Apart from break-ups, patch-ups and other controversies, 2013 will mark with several bold stripping acts by few hot Bollywood celebrities. Some shed their attires for cricket, some did it to gain the limelight and some performed it to flaunt their hot bodies in their films. But this time “The City That Never Sleeps” movie team is going to do one such dare bare act which we have never seen in Bollywood and Hollywood. The 10 hot actor and actresses are going one step ahead to “WEAR AND REMOVE THEIR TROUSERS” more than 10 times in a minute and are attempting to mark their names in Guinness World Record. The Previous record was achieved by Dario Paolozzi (Italy), he worn and removed nine trousers in a minute on 18 March 2010. 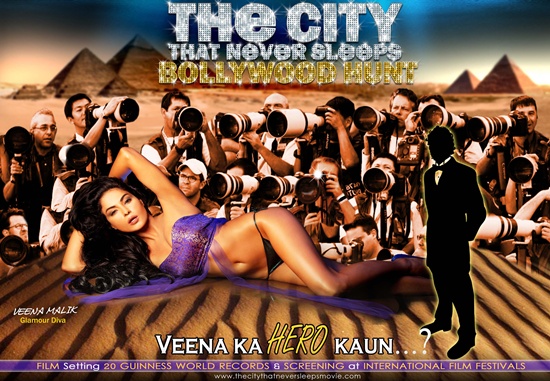 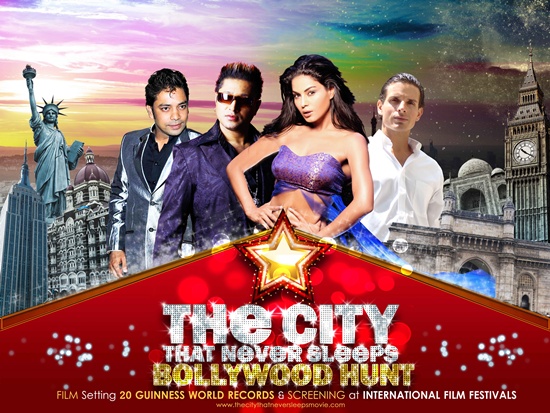 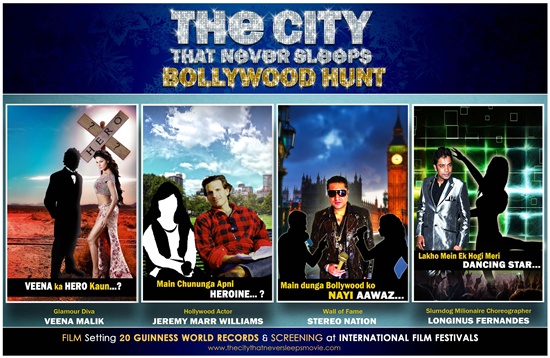 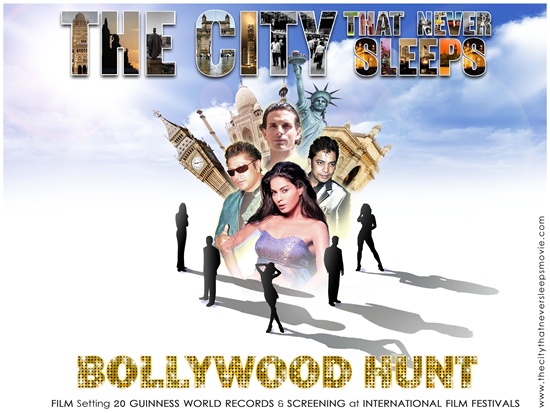 “The City That Never Sleeps” movie team came one step forward to make “MUMBAI” the number one city in the world list as Mumbai never sleeps.  The team has started a campaign to promote Mumbai city through the boldest act ever and will be attempting to break 20 Guinness World Records. Mumbai is a city that thrives as the perfect example of diversity it has the greatest variety of cultures in its society, it has roaring industries with noisy engines to the music of film and theater at its heart, this city has the fast running days and the colorful night which proves that Mumbai is the City which never sleeps.

The bombshell actors and actresses are very excited to attempt and break Guinness World Record along with the team of “The City That Never Sleeps” and bringing “Mumbai” to the top as Mumbai is not even listed in the city that sleeps top 10 category so come on India lets beat New York, London, Barcelona, Berlin, Los Angeles, Amsterdam, Madrid, Paris and Bangkok as their ahead and make Mumbai the number one city in world. The actors are very glad that producer Saitsh Reddy and Director Haroon Rashid is having this great campaign to mark Mumbai as number one city in the world (The City That Never Sleeps). So Indians take a stand and support to make “Mumbai” The Bold and Bindass City Ever.