Music
Thursday, January 16, 2014
No Comments
@theofficialSonu is back again, bringing his second single of his career to the market for all the Bhangra addicts to get their “#Dandh” (teeth) into! More pump, more visuals, more music, more Sonu!

#Senti is due to be released on the 30th of January 2014, starting the year with a bang, Sonu promises this is the first of more singles and collaborations to be released in 2014. 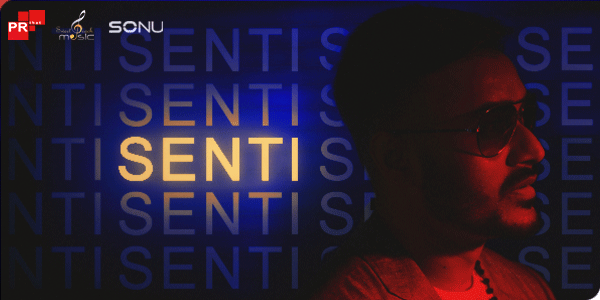 #Senti which is now a popular term used for the English word Sentimental in India, is the root of the song, whether it is a feeling towards friends or “the One”. Making #Senti the basis of his lyrics, Sonu puts together a very catchy chorus and melody, which gives us the single that you can dance to, drive to and finally play to the person who is #Senti to you!

The music production has come from the infamous @DalvinderSingh, who shows singing isn’t his only secret weapon! The instrumental has a feel good, make you smile and get up and dance vibe which @Dalvindersingh is proud to share with all his fans as well as @theofficalSonu.

VISIO Studios who are the design house behind @theofficialSonu’s facebook graphics and music videos are pleased to have been able to communicate the feel of the single in visual form. Making the video was said to be a day full of humour with so many personalities involved!

@theofficialSonu is working on more and more material showing he is preparing for a takeover, he welcomes your thoughts and encourages all fans and fellow artists to connect with him on facebook and twitter.