Awards, Babbu Maan
Friday, May 16, 2014
No Comments
The one and only Babbu Maan, who has given our Punjabi music industry outstanding songs like, 'Mittran Di Chhatri', "Pyass", "Mere Dil Wich",  has got nominated for World Music Awards 2014. 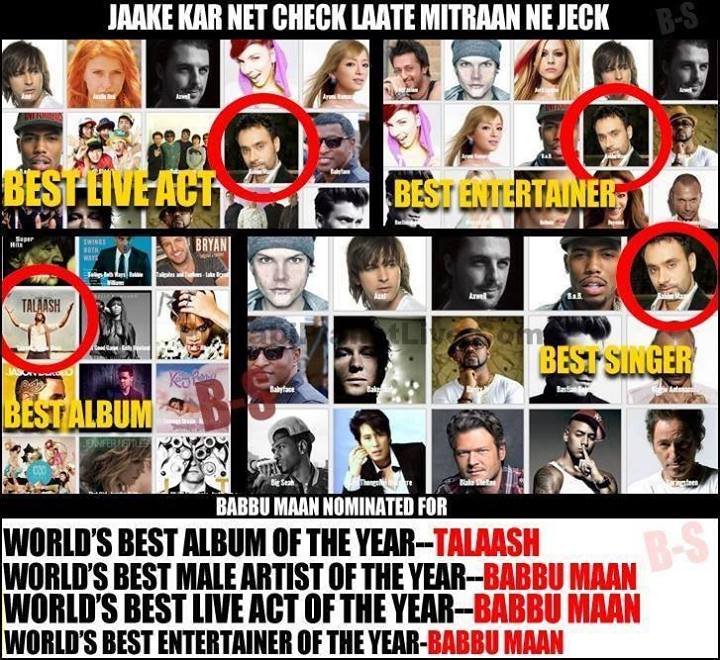 Vote For Babbu Maan Online, Click The Links Below
'World Music Awards' is an world level awards show founded in 1989. Awards are presented to the world's best-selling artists in the various categories and to the best-selling artists from each major territory. This year the awards are on 27th May 2014 in Monte Carlo, Monaco.
Like This Article? Share:
Newer Post Older Post Home
Subscribe to: Post Comments (Atom)