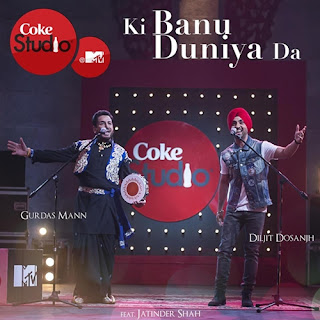 Coke Studios (MTV India) is one of the most popular musical shows on Indian TV.

The series has now brought together 2 of the most recognisable faces in Punjabi entertainment with Gurdas Maan & Diljit Dosanjh!