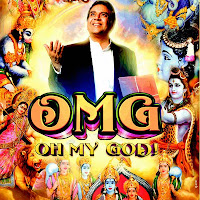 Akshay Kumar essays the role of the modern day Lord Krishna in the film. Furthermore, actors Sonakshi Sinha and Prabu Deva will also be seen in the film, dancing to the tunes of a song- Go Go Govinda.


Touted as a comedy drama film, Oh My God is slated for September 28 release.