Bollywood, Sonam Kapoor
Tuesday, November 20, 2012
There has been a buzz in trade circles about Anil Kapoor's plans to remake the 1980 hit, Khubsoorat. Rumours have suggested that Anil is keen to cast daughter Sonam in the film while Rhea will be the designated producer. This will be the second time that the sisters Sonam and Rhea will be working together on a film, since Aisha. Shashanka Ghosh who made Waisa Bhi Hota Hai Part II in 2003 and Quick Gun Murugan in 2009 will be directing the film. 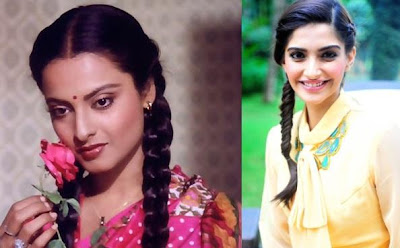 Both Rhea and Anil are confident about their decision to cast Sonam. "They feel that she has the same girl-next-door charm that Rekhaji was loved for in the original," says an insider.

"It will kick off only after Sonam wraps up work on Bhag Milkha Bhaag (Rakeysh Omprakash Mehra's film with Farhan Akhtar) and Raanjhnaa (Anand Rai's film with Dhanush, which releases next year)," the insider adds.