FBI uploaded a video to YouTube on Apr 18, 2013 surveillance camera footage which it says shows the bureau's two suspects in its investigation of Monday's attack on the Boston Marathon.

They are requesting the public's help in identifying the suspects, but said the 2 men are considered armed and extremely dangerous. It urged the public not to approach them. 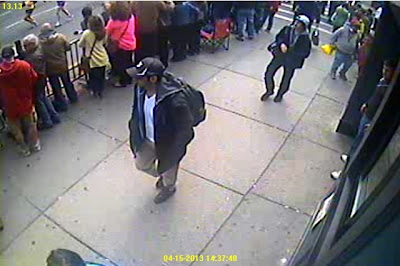 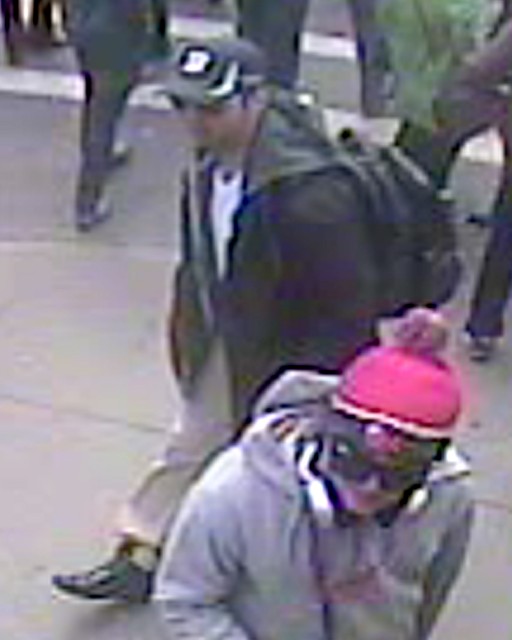 The FBI also published several stills of the suspects, causing its website to load extremely slowly — likely due to the sudden rush of traffic. The man seen in the red hat is not one of the suspects.